The purpose of this review of literature was to determine what research has been done to analyze, which if any body types run a greater risk of overuse injuries than others. A useful amount of research has been done amongst musicians from adolescents to those advanced in age of both sexes whom suffer from musculotendon injuries caused by repeated micro-trauma or “overuse”. However, no research has been done on the effect of overall body type on these conditions. This review of literature used research done on musculotendon injury types found commonly in musicians and draws a comparison with similar injuries in professional athletes upon whom the appropriate body type studies have been done. Studies of volleyball players showed an increase in injuries due to heavier weight and impact suggesting a higher rate of impact injuries in endomorphic body types. A similar study of runners showed an increase in injuries amongst those with longer extremities, which suggested a higher risk factor in ectomorphic subjects.

Burkholder and Brandfonbrener defined tendinopathy or tendonitis as

“an inflammatory condition of the tendon, its boney origin or insertion, its musculotedonous junction or its non-synovial coverings. Musculoskeletal pain syndrome here refers to pain, tightness or tenderness in the muscle-tendon unit (also called overuse syndrome) (p.117).”

These studies go far as to define the acquired disease but did not determine or consider each subject’s antropometric classification its potential effect on acquired overuse syndrome. Rudavsky and Cook described intrinsic factors that contributed to the development of patellar tendinopathy, which included those subjects with longer leg length stating:

To determine the necessity of this review for musicians seeking to avoid overuse injuries I used data collect by Dawson. This study consisted of a total of 1,354 patients with an age range of 6 to 89 between the years of 1981 and 1996. Of these patients 329 or 24.3% had conditions that could be attributed to overuse syndrome. The sample of overuse patients was comprised of 160 males or 48.6% and 169 females or 51.4%. Of these overuse patients musically related causes were the explanation for 147 or 44.7% of the injured sample. Of this group 61.5% were female. These female patients were the most likely to express conditions caused by hypermobility, which is a condition found in the with longer leg length according to Rudavsky and Cook. Hypermobility is the extension of a skeletal joint beyond its normal end-range. Additionally, Hein and colleagues found that

“More extended knee and ankle joints lead to a more forward-shifted touchdown and higher stress on the Achilles tendon during the weight-bearing situation at the beginning of the stance phase. This abnormality in combination with higher impacts on the foot due to faster training sessions may promote the occurrence of Achilles tendon pain. (p. 2)”

This study consisted of 269 uninjured runners. 127 were excluded due to a lack of feedback, which left 142 runners for the study. 31% of these sustained overuse injury, 10 of which acquired Achilles tendon injuries. It is from within this group that Hein and colleagues drew their fore-quoted conclusion.

The data presented by Hein and colleagues and Rudavsky and Cook on the effects of hyper-extensive movement in more extended joints and its correlation to tendinopathy lead to a potential cross-section in the genesis of athletic and musical overuse injury.

Dawson posited hypermobility as a lesser cause, however this data did not take into account anthropometric variables as a potential contributing factor in other overuse injury subcategories. Dawson listed strains in the muscle-tendon unit as the two most common with inflammatory, nerve and ahead of hypermobility. The cross-section of data between this seemingly small number of hypermobility in Dawson’s study and the higher rate of these injuries in sports medicine studies suggested that more research in anthropometric factors in musical injuries was warranted. 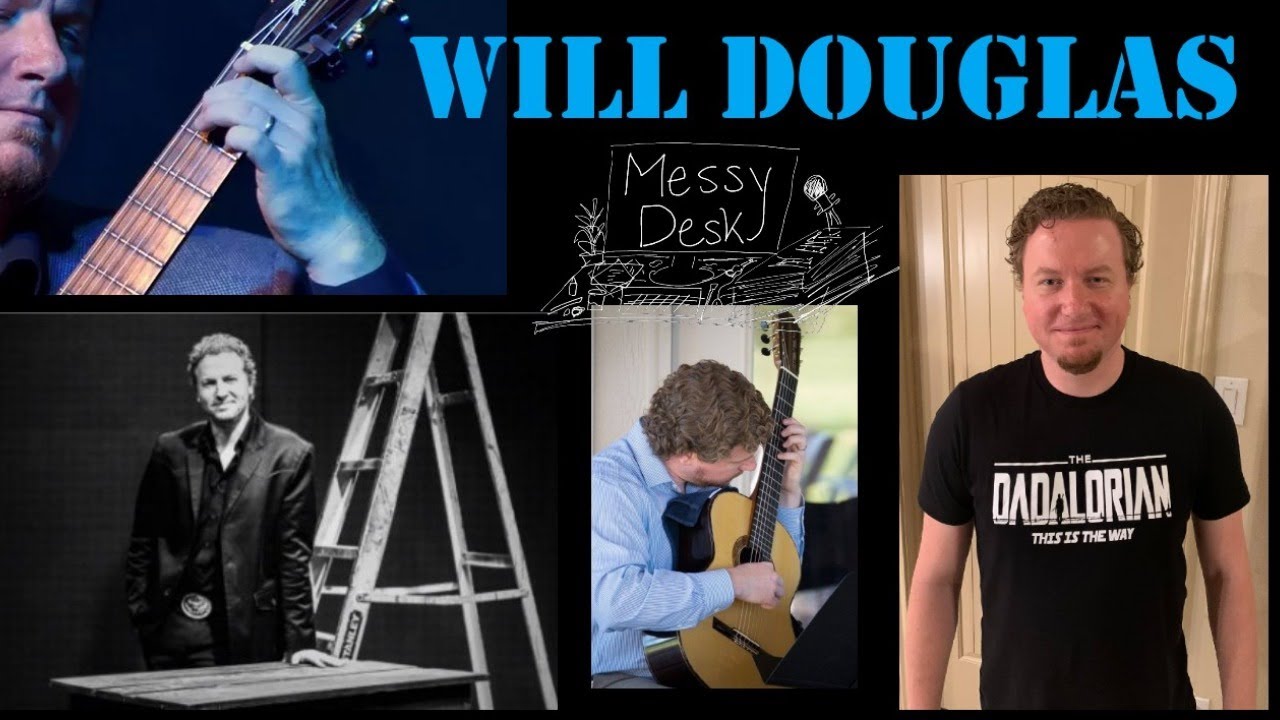 Will Douglas on the Messy Desk Guitar Podcast

Take Guitar Ensemble at Weatherford College with Will Douglas

A Night at the Opera!